Limestone patio slabs are durable and suitable for the British environment, making them popular in gardens around the country. Limestone pavement resists acid liquid erosion and is readily cleaned using a neutral or mild alkaline-based solution, which both protects and cleans the limestone patio. 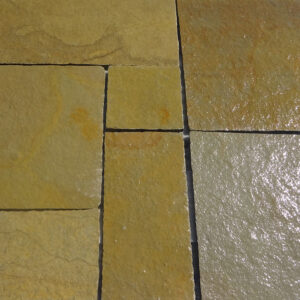 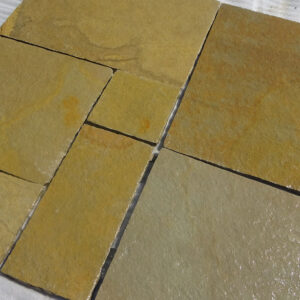 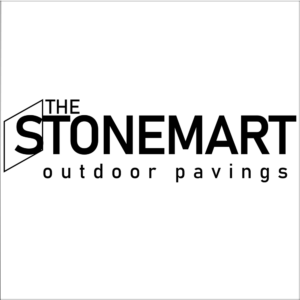 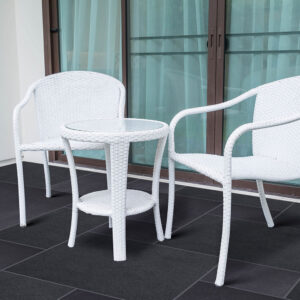 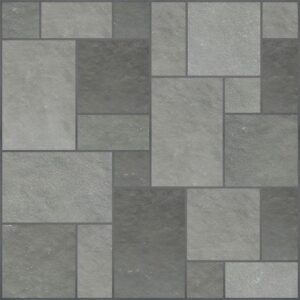 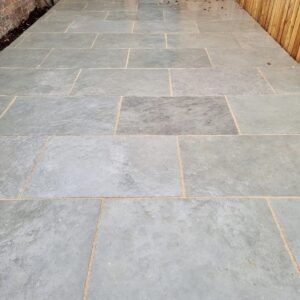 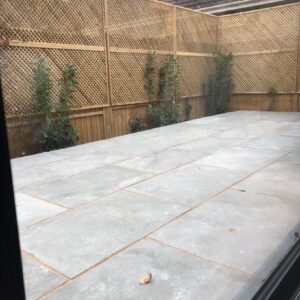 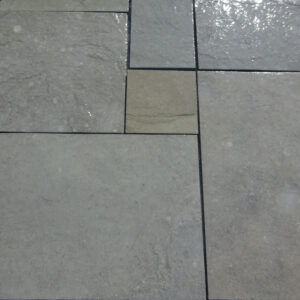 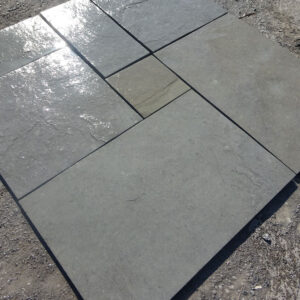 Limestone is a sedimentary rock composed of calcite and/or aragonite (calcium carbonate). Limestone (along with chalk) has been used since prehistoric times for creating art, carving statues, building structures, and more. It also naturally forms stalactites and stalagmites in caves, where dripping water leaves behind calcium deposits. Limestone has many uses today, including building and construction materials, in the creation of chemicals and in the production of lime for food and agriculture uses.

Limestone is one of Earth’s oldest rocks. It has been used by humans for tens of thousands of years as a building material and a cementing agent in construction. In addition to these practical uses, limestone also makes a colorful ornamental stone that can be fashioned into sculptures or cut into slabs or blocks to make countertops, tabletops, floors and even staircases. Most areas have ample deposits of limestone, making it an inexpensive material to work with compared to many other types of rock. Though not particularly strong structurally speaking, natural or manufactured limestone does have its own set of advantages over other rock-based materials.

1) Sturdy & Cheap: The fact that it’s plentiful makes it an affordable alternative for many projects. It’s also a durable building material with good resistance to heat and most chemicals, making it a good choice when working with corrosive substances or in hot environments, such as around furnaces or kilns. It also has high compressive strength—important in any structure because it helps prevent cracks from forming under stress, such as when you’re walking on a patio floor or concrete step, for example. Natural limestone also does not need to be sealed since its porous surface already slows water absorption quite well. Another benefit of limestone is its color, which ranges widely depending on location; shades of cream, tan and gray are common while some limestone comes in shades of pink or even red (though these stones tend to be more expensive). Finally, stone can be easily cut into blocks using power tools; no special skills are required beyond knowing how to operate basic equipment like table saws and drills. Some types of limestone may require blasting to break apart larger pieces, but some deposits do split naturally along flat surfaces, allowing them to be used as they come out of a quarry.

2) Corrosion Resistant: As a natural substance made up of calcite crystals held together by a substance called calcium carbonate, natural limestone contains certain amounts of impurities present during formation. This compound helps slow water penetration into large structures built of block-shaped limestone, making it useful for construction at sea-level locations where rainwater tends to have higher levels of salinity.

3) Easy Maintenance: Calcium carbonate is slightly acidic. Over time, prolonged exposure to moisture can lead to rusting on metal parts located near or within structures constructed from natural limestone. But compared to most other rocks, limestone requires very little maintenance. Any exposed areas can simply be coated with wax or painted if regular maintenance is desired. Regular cleaning will keep it looking good over time without heavy abrasion needed every few years to remove paint buildup.

4) Rock Colors: While most folks think of limestone as being white, there are also brownish hues mixed in depending on what type of soil was prevalent when lime was formed millions of years ago. Travertine, one type of limestone often harvested for interior use in homes, is known for its creamy white to reddish shades. Other varieties include alabaster, a form of gypsum that can be polished to a reflective sheen; chocolate limestone, which is dark-colored due to clay found in sedimentary layers left behind when it formed; and black limestone, also known as basalt or volcanic rock.

5) Heat Resistance: Many cement products must be poured when temperatures reach 120 degrees Fahrenheit or lower.

The main use of limestone, obviously, is as a building material. As a naturally occurring and long-lasting stone that doesn’t burn easily and has incredible hardness, it’s perfect for construction projects. It’s also used to produce cement and marble powder. In manufacturing, limestone is used in steel making, extraction of silica from sand, tanning leather hides and as part of cathode ray tubes. In addition to its more practical uses in our day-to-day lives—and within our homes—limestone can be found adorning monuments around Europe thanks to its natural beauty. And finally, if you didn’t know, just like concrete becomes stronger over time with exposure to air and water—so too does limestone! It hardens into an even stronger rock over thousands of years…which makes it an awesome foundation for any building project!

Subscribe to our weekly newsletter below and never miss the latest product or an exclusive offer.

close
Start typing to see posts you are looking for.
We use cookies on our website to give you the most relevant experience by remembering your preferences and repeat visits. By clicking “Accept All”, you consent to the use of ALL the cookies. However, you may visit "Cookie Settings" to provide a controlled consent.
Cookie SettingsAccept All
Manage consent

This website uses cookies to improve your experience while you navigate through the website. Out of these, the cookies that are categorized as necessary are stored on your browser as they are essential for the working of basic functionalities of the website. We also use third-party cookies that help us analyze and understand how you use this website. These cookies will be stored in your browser only with your consent. You also have the option to opt-out of these cookies. But opting out of some of these cookies may affect your browsing experience.
Necessary Always Enabled
Necessary cookies are absolutely essential for the website to function properly. These cookies ensure basic functionalities and security features of the website, anonymously.
Functional
Functional cookies help to perform certain functionalities like sharing the content of the website on social media platforms, collect feedbacks, and other third-party features.
Performance
Performance cookies are used to understand and analyze the key performance indexes of the website which helps in delivering a better user experience for the visitors.
Analytics
Analytical cookies are used to understand how visitors interact with the website. These cookies help provide information on metrics the number of visitors, bounce rate, traffic source, etc.
Advertisement
Advertisement cookies are used to provide visitors with relevant ads and marketing campaigns. These cookies track visitors across websites and collect information to provide customized ads.
Others
Other uncategorized cookies are those that are being analyzed and have not been classified into a category as yet.
SAVE & ACCEPT
Need Help?